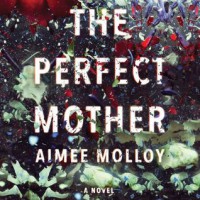 A "May Mothers" group brought together by a Prospect-Park, Brooklyn-based website called "The Village" meets on a regular basis, usually in the park, to swap stories, share milestones, and commiserate on new motherhood.  The members' interactions began online, and expanded to real-life meet-ups.  The "May Mothers" signed up during pregnancy, and continued through the births and beyond.

In July, right around the time the babies are hitting the eight-week mark, some of the May moms plan a night out at a bar, without the babies, for a bit of fun. Single-mother Winnie is reluctant to participate, as she has no sitter, but group member Nell offers to lend her Alma, her nanny.

By the end of the night, Winnie's son Midas is missing. Earlier in the night, Nell had taken Winnie's phone--left behind on a table--and dropped it in her purse.  But the phone is nowhere to be found.  Winnie's house key had been tucked into a pocket attached to the back of the phone.  Did someone steal the phone and use the key?  And if so, who would do that?

Before long, the local news is obsessed with the missing "Baby Midas" story, and the other members of the "May Mothers" group are soon under the intense scrutiny of the media, crime blogs, and police.

I enjoyed this fast-paced narrative.  (Remember that *** = "good" for me; not "meh.")  I will say there were times when the lengths some of the "May Mothers" went to, in order to "help" with the case/insert themselves into the investigation strained credulity, and that is the one reason I didn't four-star this book.

Without giving anything away about the ending, I will say I did NOT see it coming.

Side note about the narration:  Cristin Milioti narrated the audiobook. In case you are doing exactly what I did--thinking "WHY do I know that name?"  Well, among other roles, she played the mother in How I Met My Mother.  I will add that she is an excellent narrator, and I would definitely make a point of listening to another book that she narrates.