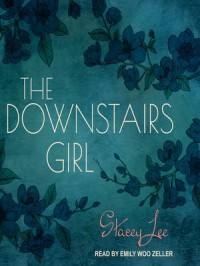 Jo Kuan is a 17-year-old Chinese-American girl in 1890 Atlanta. Jo and Old Gin secretly live below the Bell family's home/printing press. The secret chambers were built by abolitionists, and the Bells do not know they exist. Jo begins the story as a milliner's assistant, but loses that job early in the book. Jo accepts a job as a lady's maid, tending to the spoiled Caroline Payne, who is around Jo's age and used to be a sometimes friend/sometimes frenemy. Meanwhile, Jo hears through the "listening tube" left by the abolitionists that the Bells' newspaper, The Focus, needs a way to regain lost circulation. She comes up with the idea of writing an "Agony Aunt" type column called "Dear Miss Sweetie."

"Miss Sweetie" quickly becomes popular and increases subscriptions to the paper. Jo begins to tackle increasingly controversial topics, challenging racism and sexism, and thereby possibly making herself the target of readers who object.

At the same time, Jo attempts to solve the mysteries of her own parentage. According to Old Gin, she was abandoned on his doorstep when she was a newborn.

This was an enjoyable read. Jo is a likable, principled protagonist, and the author sneaks in a history lesson. She writes in her author's note:

Were you surprised to learn that planters shipped Chinese people to the South to replace the field slaves during Reconstruction? I was. Plantation owners envisioned an improved system of coerced labor, as Chinese workers were lauded as "fine specimens, bright and intelligent" (New Orleans Times, June 3, 1870). They were dismayed, however, when the Chinese behaved no differently from formerly enslaved blacks. The new workers were unwilling to withstand the terrible conditions and ran away to the cities, and sometimes vanished from the South altogether,

Was I surprised? You bet I was. I had no idea!